The 2022 Marin Ride of Silence was the largest we have ever had, thanks to Marin Cyclists Club whose contingent of 18 joined us for our regular slow ride from Piper Park in Larkspur to downtown San Anselmo. We stopped briefly to hand out flyers about the meaning of our Ride of Silence and the need for Marin County and its several cities to adopt Vision Zero strategies to accelerate the work of improving street safety. The Marin Cyclists group then continued on to West Marin for a much longer ride, while the rest of us returned to Piper Park for a picnic under beautiful skies. Marin Cyclists had another unofficial ride in Novato which stopped briefly to remember the fallen.
https://enewspaper.marinij.com/?publink=1f0bf8add_134848e

Rides have been held every year since 2010 but I neglected to post many of them on this website. Details of all of them can be found on the Ride of Silence website. http://rideofsilence.org/reports/reportView.php . Once on that page, choose the year and State (California) and look for Marin County. 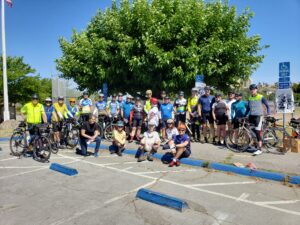 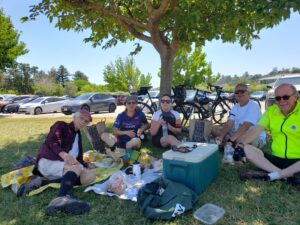 “My interest in social justice is deep-rooted and wide-ranging. In high school I organized students against the war in Iraq; in college I focused on sustainable food and vulnerable inner-city populations.”
— Sylvia’s AmeriCorps Application, June 2009