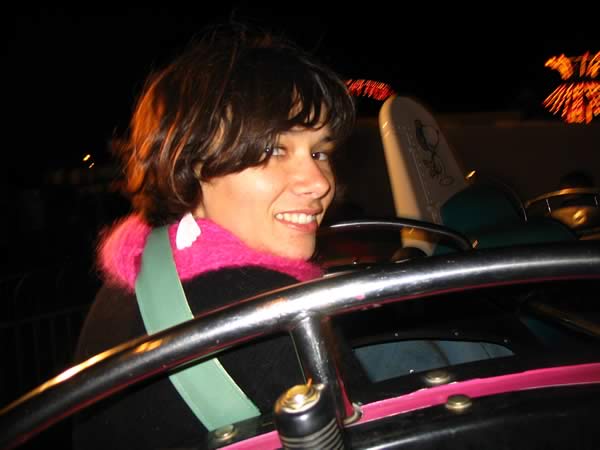 CLEVELAND, Ohio — Sylvia Bingham only lived in Cleveland for a short time, but she was determined to make a difference in the community.

The 22-year-old Yale University graduate was killed Tuesday as she rode her bicycle (a previous version of this story misidentified her vehicle) to work at the Hard Hatted Women office, where she helped tradeswomen become mentors.

She was run over by a 2005 Peterbilt shortly before 9 a.m. at East 21st Street and Prospect Avenue.

The truck driver did not stop, but police found him a short time later on East 40th Street, thanks to information provided by witnesses. Police questioned the driver to determine if he was aware that he had hit the woman and to find out how the accident happened.

No charges had been filed Tuesday afternoon.

Bingham came to Cleveland after studying French and sociology at Yale. The 2009 graduate was passionate about people and the environment. Her father, Stephen Bingham, said his daughter planned to make America a greener place by working to repair the environment.

She worked at Hard Hatted Women through the AmeriCorps Vista program.

“She rode her bike to work from Ohio City to promote being green and encouraged others to do the same,” said Terri Burgess Sandu, executive director of Hard Hatted Women in Cleveland. “I only knew her for a short time, but she was everything — the shining example of what is best in American adults.”

Her friends and co-workers talked about the young woman’s energy and self-sacrifice, which she expressed most of her life.

“I am passionate about eliminating urban poverty, particularly by creating job opportunities in the skilled trades,” Bingham described herself, on her LinkedIn Web page. “Eventually I’d like to see urban, sustainable agriculture generate high-wage, high-skilled green jobs in our cities. It’s exciting to see the proliferation of farms [and] in Cleveland’s abandoned lots.

She worked or volunteered in similar jobs in other cities while in high school and college. Stephen Bingham said his daughter was excited about living in Cleveland. She had recently moved in with her best friend from high school.

“She was not sure of her career path,” he said. “She was so happy. She had this wonderful job, her best friend was there. She was doing what she always did; she was helping people.”

Bingham said he hoped that, even in death, his daughter can teach people one final lesson.

“I hope people put the accent on safety,” he said. “It’s very dangerous out there for people on bicycles and people need to be careful. I don’t know if she was wearing a bicycle helmet, but the doctor said it would not have made a difference anyway.”

Police confirmed that she was not wearing a helmet at the time of the accident. There have been several recent fatal accidents involving bicycle riders in Northeast Ohio, including a 65-year-old Cleveland man and a 13-year-old Green boy. Neither wore helmets at the time of their deaths.

The Sylvia Bingham Fund will help Americans demand the ability to walk or cycle safely to work, school, church or shops. The Fund will promote safety for cyclists and pedestrians by educating drivers about sharing the road with cyclists and pedestrians and educating cyclists on defensive personal safety techniques. The Fund will also work with others to encourage state and federal transportation agencies, city and county planners, legislators and policy makers to provide for cyclist safe zones and other engineering controls in areas of high traffic to reduce the risk of injury.